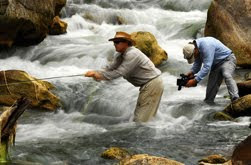 Team Catch Magazine (Brian and Todd), make the most out of a trip to Argentina in November. The videos from Patagonia and in NW Argentina will show great scenery, nice trout and the hard fighting, high jumping golden dorado. The above photo is from our guide Agustin Garcia Baston who shot some great photos as Todd and Brian fished and filmed. 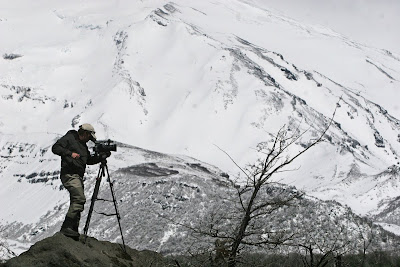 All weather conditions were encountered and some will make for entertaining video. The guides at Chime Lodge kept us moving around so we could fish clear water and at times "never been fished before" water. Argentina is a beautiful place with fantastic scenery, cities, food, wine and of course, fly fishing. 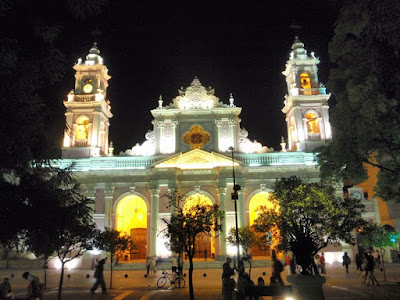 The above photo is from Salta, Argentina. A beautiful city, especially at night. Salta is close to several rivers with golden dorado to 40 pounds. Brian hooked one monster while Todd filmed the long distance release!! As payback, Todd grabbed a rod and landed a few nice fish himself. 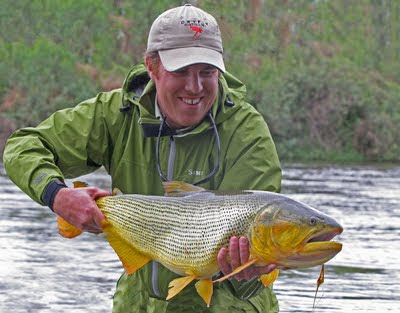